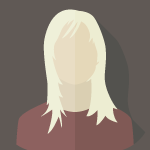 Rape charges are some of the most serious accusations a person can face. If you're convicted of this crime, you could be sentenced to years or even decades in prison. You'll also be registered as a sex offender, which will limit your housing and employment options. The good news is that you don't have to go through this process alone. A criminal defense lawyer can build a strong defense on your behalf and protect your rights. Here are three strategies these lawyers will use to defend you against rape charges.

Proving That the Sex Was Consensual

In many cases, rape charges are based on false accusations. Someone may accuse you of this crime due to anger, revenge, or misunderstanding. If you can't prove that the sex was consensual, escaping a conviction will be difficult. Fortunately, a criminal defense lawyer can prove that the act was consensual in various ways. They'll use text messages, social media posts, or other forms of communication to show that you and the alleged victim were on good terms before and after the act in question. If you've had a previous sexual relationship with the accuser, your lawyer may also use this to show that the act wasn't rape.

Proving That The Accuser Is Not Credible

The credibility of an accuser is a key issue in a rape trial. If the jury believes that the accuser is not credible, they'll likely acquit you. But if they believe the accuser, they're more likely to convict you. A criminal defense lawyer can attack an accuser's credibility in several ways. They'll look for inconsistencies in their story, demonstrate how they've made false accusations in the past, or show that they have the motive to lie. Also, if the accuser has a history of mental illness, they'll use it to question their credibility.

Challenging the Evidence Brought Against You

If you can create reasonable doubt in the mind of the jury and convince them that you didn't commit the rape, you're likely to be acquitted. To create reasonable doubt, your criminal defense lawyer will raise doubts about the DNA evidence, the victim's story, or any other evidence the prosecutor plans to use against you. They'll also poke holes in the prosecution's case by showing that there are other possible explanations for what happened. For example, if the victim says you raped her at knifepoint, but there's no evidence that you had a knife on you at the time of the alleged rape, they'll argue that you didn't commit the act.